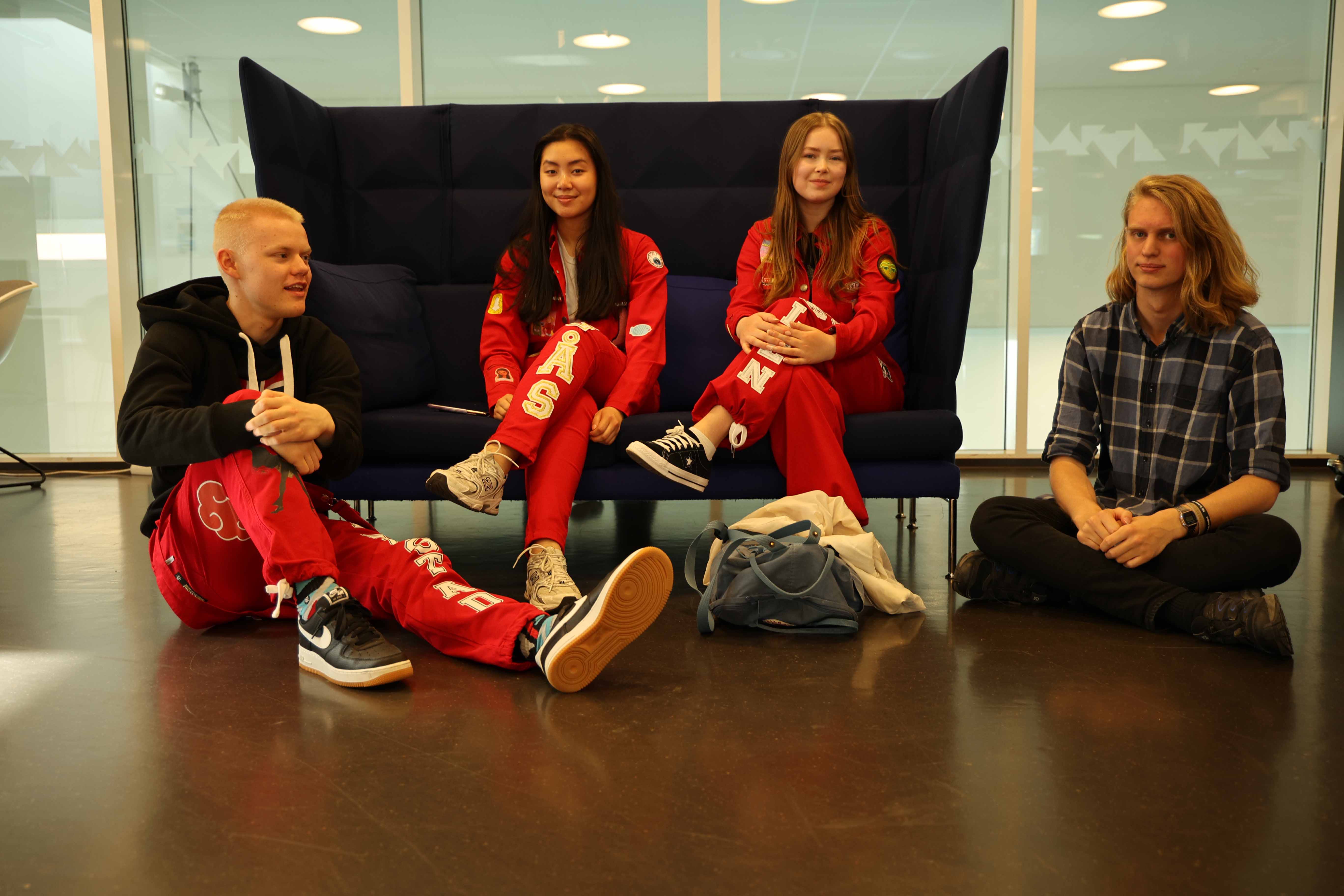 Ingrid Wittendorff Humblen, Amalie Min Bergås, Rasmus Madsen Berg, and Herman Fjell Lerstad from Amalie Skram Upper Secondary School won first prize in the Holberg Prize School Project competition 2021 with the research project “Klimasøksmålet: konflikt i den norske maktfordelingen” (“The climate lawsuit: conflict in the Norwegian separation of powers". In the project, the pupils study the authority of the Norwegian Supreme Court and its role in Norwegian society through the court’s handling of the recent so-called “climate lawsuit”, where the environmental organizations Greenpeace and Natur og Ungdom (“Nature and Youth”) filed a lawsuit against the Norwegian government, represented by the Ministry of Petroleum and Energy. The case is studied with a political-philosophical approach, and the pupils have analyzed publicly available documents.

The pupils approach the topic from several angles, and study, among other things, the Supreme Court's interpretation of what rights are guaranteed by Article 112 of the Norwegian Constitution, the so-called «environmental clause». They also discuss to which extent the Supreme Court acts politically: "When §112 is set up against a parliamentary decision, in this case the 23rd licensing round for oil and gas exploration, §112 functions as a safety valve for gross breach of state obligations", the pupils write.

The report explores what the so-called "climate lawsuit" says about the development in the separation of power between the legislative, judicial and executive branches of the Norwegian political system.

Article 112 of the Constitution is examined on the basis of the various interpretations that have been presented in connection with the case. The report explains how the lawsuit can be understood as a negotiation of the relationship between the legislature and the judiciary. It is convincingly argued that the verdict indicates that the principle of popular sovereignty has been strengthened. Furthermore, it is shown that the Supreme Court could have reached a different conclusion had it opted for an interpretation that places a greater emphasis on a human rights perspective.

The pupils analyze a concrete, highly topical case that sheds light on how the courts can be political. The report is very well structured and makes good use of relevant sources. The pupils bring perspectives from law, philosophy and political theory into the argumentation in an impressive manner. This is accomplished, among other things, by discussing constitutionalism, the principle of popular sovereignty and the "tyranny of the majority" and the historical background of these concepts. Overall, the pupils show a very good understanding of the complexity of the subject they are treating of, and they succeed in relating fundamental questions within political philosophy to a very relevant topic. The report is very well written, and it is clear that the students have been deeply engaged with their subject matter.

The jury congratulates the pupils with an impressive and thought-provoking research project and with first prize in the Holberg Prize School Project competition 2021!

The research report takes as its starting point the hypothesis that being read to as a child can make it easier and more natural to read books as you get older. The pupils argue convincingly that there is a connection between how much one is read to as a child and reading habits later in life, and situate their investigation in current research in the field.

The pupils show a high level of reflection, for example through their work with the framing of their research question, their choice of method and theory, and a critical attitude towards their own research. The analysis is well structured and carried out with accuracy. This is the best quantitative research contribution in this year's competition, and it is very impressive that an entire class has collaborated on the project and has delivered such a thorough and solid report. The pupils' mature ethical reflections and considerations raise the quality of the report further.

The jury congratulates the pupils with a very thorough and impressive research project and with second prize in the Holberg Prize School Project competition 2021.

Marte Nilssen Alexandersen and Liv-Anna Ringheim from Longyearbyen school earned third prize in the Holberg Prize School Project competition 2021 with the project “Svalbard, i skjæringspunktet mellom øst og vest” ("Svalbard, at the intersection between East and West"), where they conducted a study of how Svalbard residents experience the relationship between the largest national groups present in Svalbard.

The research report studies Norwegian-Russian relations on macro- and micro levels by comparing the relations between Norway and Russia, and the relationship between the local communities Longyearbyen and Barentsburg on Svalbard. The pupils found that there are big differences between these different levels, and show how the larger political dimension is subordinate when people with different backgrounds live together.

The study makes use of a broad range of methods, and it is very valuable that different research methods have been employed in the project. The pupils have succeded in obtaining informants across language barriers, and in highlighting the informants' voices in the report. Within the field of polar history research, the project offers a refreshing approach, and provides valuable perspectives on other societies where different groups meet, for example in Kirkenes, where there are also close encounters between Norwegian and Russian culture.

The pupils display a drive and a joy in their work on the research project, and the report is well written and engaging. The jury congratulates the pupils with a well-executed project and with third prize in the Holberg Prize School Project competition 2021.

20 upper secondary schools and more than 800 pupils from all over Norway participate in the Holberg Prize School Project each year. The pupils are assisted by scholars, and the projects are integrated into the pupils' regular curriculum. Three research projects are awarded prizes of NOK 30,000, NOK 20,000 and NOK 10,000 respectively.

The finalists are announced in mid May, and the Holberg Prize School Project Award Ceremony is held during the Holberg Week in early June each year.

The jury
All submitted projects are evaluated by the School Project's jury. In 2021 the members of the jury have been:

Stine Helena Bang Svendsen, Associate Professor in pedagogy at the Department of Teacher Education, Norwegian University of Science and Technology (Chair of the jury)

Sveinung Arnesen, Research Professor at NORCE, Associate Professor at the Department of Administration and Organization Theory, University of Bergen

Ketil Zachariassen, Associate Professor in modern history at the Department of Archaeology, History, Religious Studies and Theology, UiT The Arctic University of Norway

Jørn Ljunggren, Researcher at the Centre for Gender Research, University of Oslo