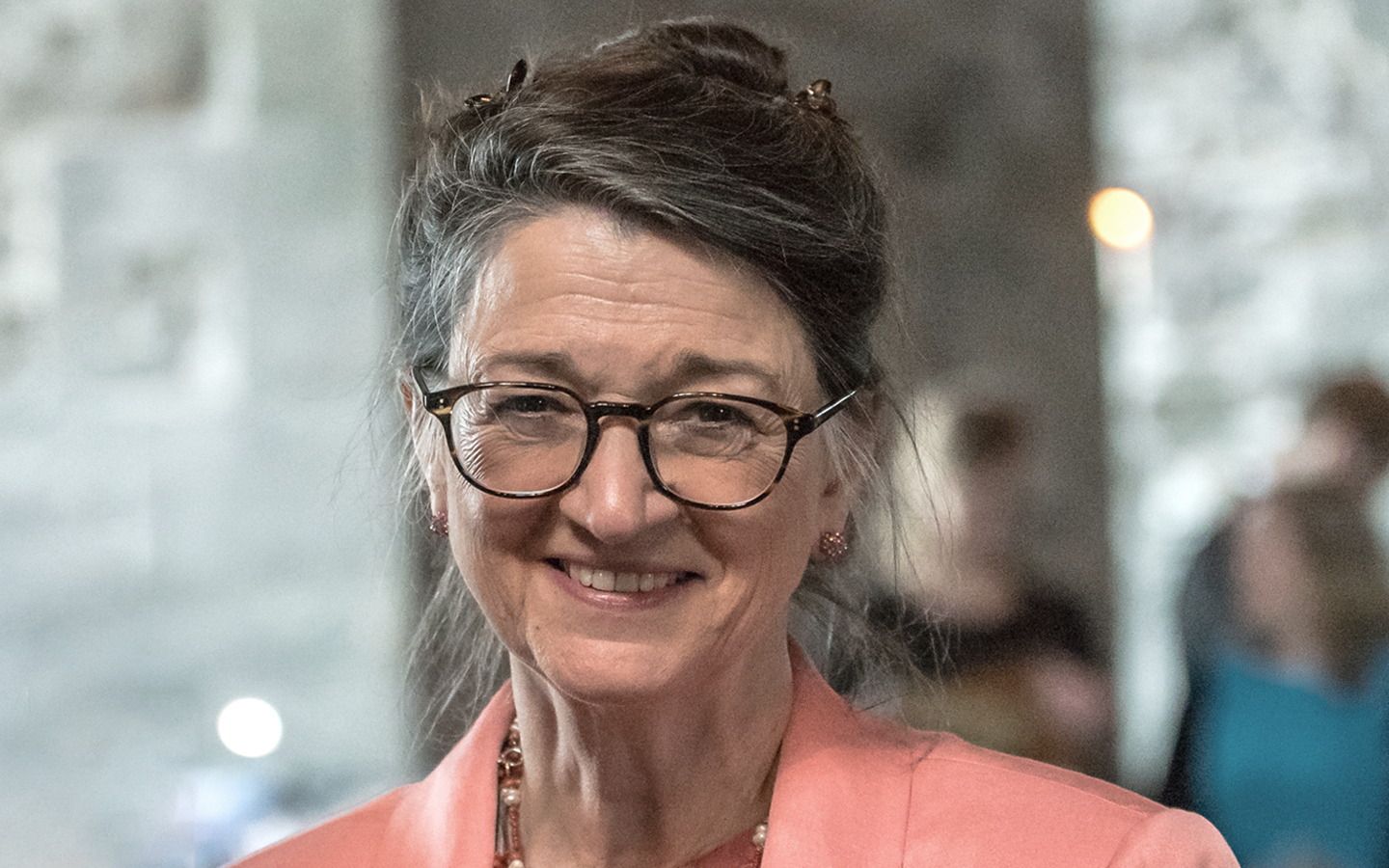 Winner of the 2015 Holberg Prize

The Holberg Prize 2015 was awarded to the British historian, writer and mythologist Marina Warner.

Warner is receiving the honour for her work on the analysis of stories and myths and how they reflect their time and place. She is known for the emphasis of gender roles and feminism in her literary work.

“I have tried to explore long-lasting but often disregarded forms of expression such as popular stories and vernacular imagery in order to understand the interactions of culture and ethics,” said Warner. “The prize gives me and my fellow researchers wonderful, surprising encouragement in this endeavor, which lies at the heart of arts and humanities scholarship.”

Marina Warner is a polymathic literary scholar and critic whose work unsettles the boundaries between disciplines and cultures.  Her scholarship represents a sustained inquiry into the ways in which myths, narratives, images, objects and symbols permeate the history of the human imagination.  It uncovers reason in the fantastic and fantasy in reason.  It breaks down distinctions between academic knowledge and popular ways of knowing.

Warner is a meticulous historical and comparative scholar whose textual and archival mastery across different periods and cultures reveals the persistent power of stories as a form of knowledge.  Her investigations focus on the fields of religion, magic, orientalism, cross-cultural exchange, visual art and the representation of women.  She traces widespread and recurring patterns in seemingly unrelated material.  The cumulative achievement of her books is to historicise and transform our understanding of psyche and culture.

Her first major book Alone of All Her Sex: The Myth and The Cult of the Virgin Mary (1976) showed how the cult and image of the Virgin Mary in Christianity had constrained women’s rights, options, and sense of self.  Monuments and Maidens: The Allegory of the Female Form (1985) pursued her interest in heroic figures of femininity through the visual arts.  From the Beast to the Blonde: On Fairy Tale and Their Tellers (1994) addresses the historicity of 19th century fairy tales in order to flesh out their hidden meanings.  No Go the Bogeyman: Scaring, Lulling and Making Mock (1998) combines psychology with anthropology and history to explore how monsters and demonic figures name and manage our most stifling fears.

Phantasmagoria: Spirit, Visions, Metaphors and Media into the 21st Century (2006) extends her exploration of the supernatural to illuminate how the soul has been re-imagined in the cultures, technologies and practices of modern times.  Warner’s writings on visual and contemporary art, The Inner Eye: Art Beyond the Visible (1996) and The Symbol Gives Rise to Thought: Writings on Art (2014), use her knowledge of literary and visual traditions to illuminate art as a form of communication.

Her recent prize-winning Stranger Magic: Charmed States & the  Arabian Nights (2011) demonstrates how the Arabian Nights was transformed by European editors and translators from a syncretic and evolving account of interactions among Christian, Islamic and Eastern peoples into a scholarly compendium that ‘othered’ Arabic and Turkish culture.  At the same time her book makes us aware of how the Arabian Nights contributed in unexpected ways to modern European culture.  Warner displays her continuing inventiveness in Once Upon a Time: A Short History of Fairy Tales (2014) where she shows her gift for linking traditional stories with their contemporary manifestations.

Warner’s work is outstanding for its originality, range, ambition, seriousness, and its alertness to fresh cultural impulses.  It is deeply attentive to differences of language, context and translation.  Warner’s writing is grounded in a deep concern for how human beings live, imagine, and recount their lives. She expresses her ideas in prose that is engaging and often enchanting.

Marina Warner is a writer of fiction, criticism and history; her works include novels and short stories as well as studies of art, myths, symbols and fairytales.

Warner was born in London in 1946, of an Italian mother and an English father. After primary schools in Cairo and Brussels, she was educated in England at St Mary’s Convent, Ascot, and then read French and Italian as an undergraduate at Lady Margaret Hall, Oxford, of which she is now an Honorary fellow.

The Holberg Conversation: "From the Mouths of Stories: New Songs for Old"

Masterclass: "Living in Words: The Question of Myth"

The Holberg Evening with Marina Warner

Holberg Prize Talks · The Holberg Inteview with Marina Warner: From Vogue To University And Why I Quit