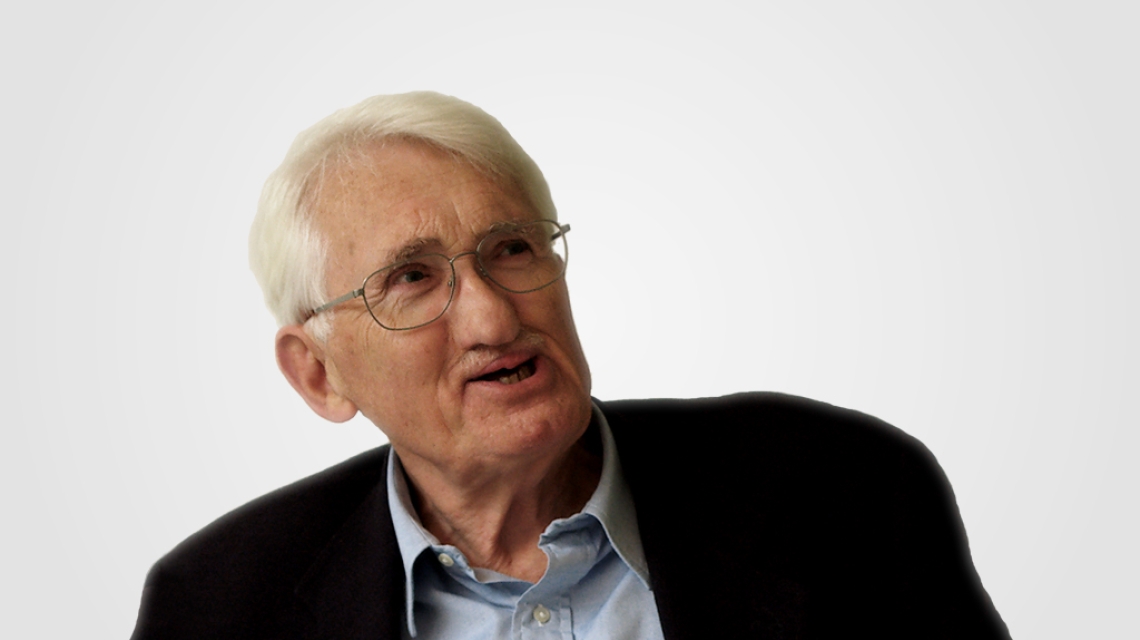 Jürgen Habermas participated in a two-day symposium at the University of Stavanger, as part of the ten years-anniversary celebration for the Holberg Prize in 2014.

Habermas first acquired a reputation with his study on The Structural Transformation of the Public Sphere in 1962, which has become a modern sociological classic. Since the end of the 1960s, he has moved from the philosophy of science to linguistic philosophy theories of action and modernity, and then to moral philosophy and theories of law and democracy.

His best known work is The Theory of Communicative Action, published in two volumes in 1981, where he develops his theories of language as the medium for social interaction, of communicative rationality and of cultural and social rationalisation in modern society. He extended the theory of communicative action in Between Facts and Norms of 1992, which provided an analysis of law and democracy. His concept of deliberative democracy has played a key role in democratic theory in recent decades.

Throughout his work, Habermas has participated actively in public debate. In recent years, he has devoted particular attention both in academic fora and as a public intellectual to issues concerning religion’s role in society and political life, and to supranational law and politics. He has not least been concerned with Europe’s future and the challenges facing the EU.

The emphasis at this symposium is on Habermas as a democratic theorist and above all on his thinking about post-national democracy. On the first day, he will give a lecture on Democracy in Europe. Its subject will be the EU and the efforts to build democracy across national frontiers. Habermas will meet invited commentators who are very familiar with his work. English will be the language of this part of the programme.

On the second day, the topic will be conditions for democracy in the light of Habermas’ thinking. The speakers are all familiar with his work. This part of the programme will be in Norwegian. Various aspects of the challenges facing Norwegian democracy in the year when the country celebrates the bicentenary of its constitution will be illuminated, and issues related to supranational democracy debated.

The symposium will conclude with a special lecture to celebrate the 10th anniversary of the creation of the UiS. Given by Bjørn Kvalsvik Nicolaysen, it will address the role of academia in the critical public debate.