Nominations for the 2024 Holberg Prize May now be Submitted 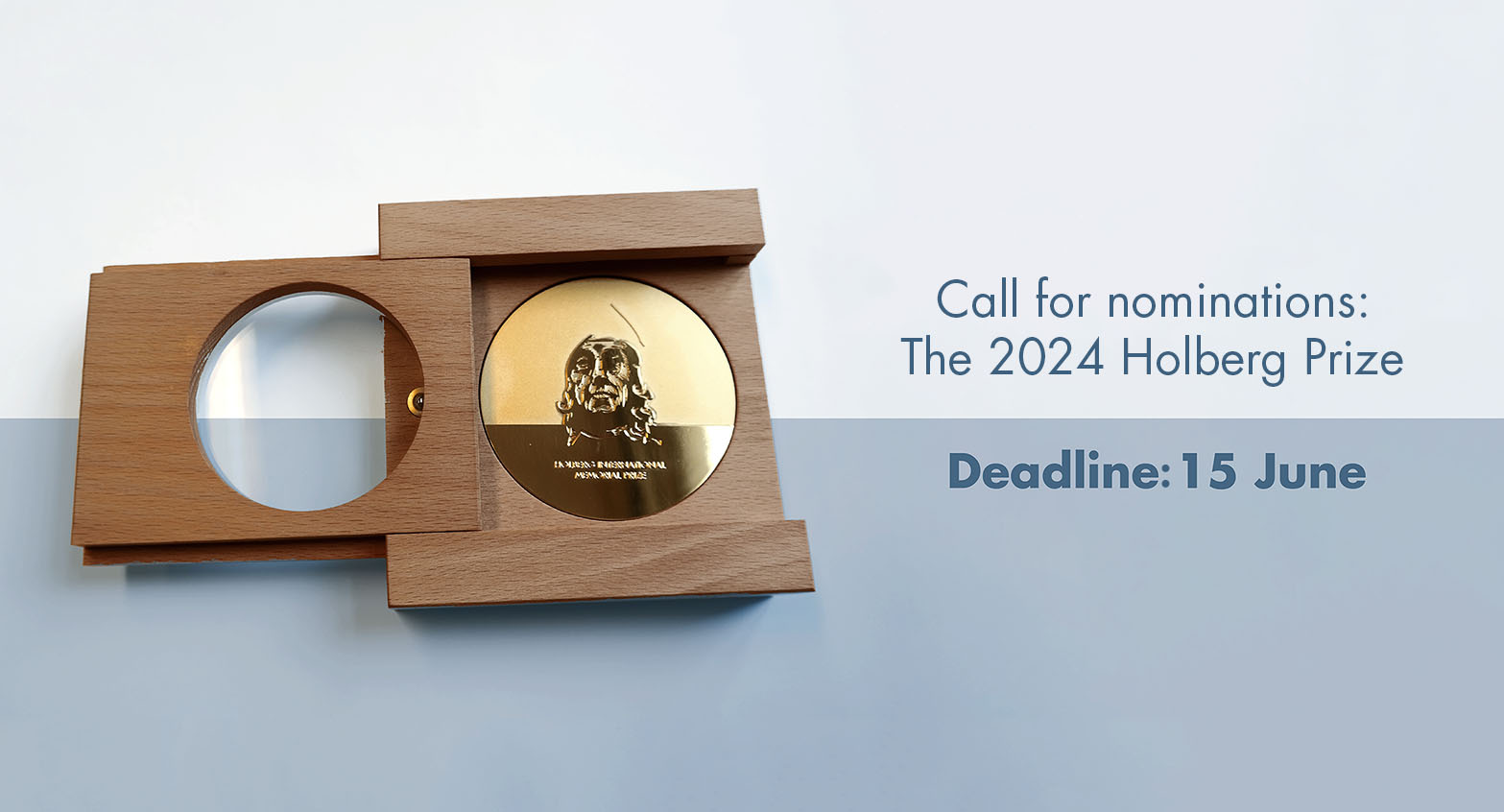 The Holberg Prize is an international research prize in the humanities, social sciences, law and theology. The nomination form for the 2024 Holberg Prize is now open and the deadline is 15 June 2023.

Each year, the Holberg Prize is awarded to a scholar who has made outstanding contributions to research in the humanities, social sciences, law or theology, either in one of these disciplines or through cross-disciplinary work. The recipient must have had a decisive influence on international research.

The Holberg Laureate will be announced in March 2024, and the award ceremony will take place during the Holberg Week in Bergen at the beginning of June.

Scholars holding positions at universities, academies and other research institutions, are entitled to nominate candidates for the Holberg Prize. Please note that all text and attachments must be written in English. In the nomination, form we ask that you provide the following: