A Cornerstone of Democracy 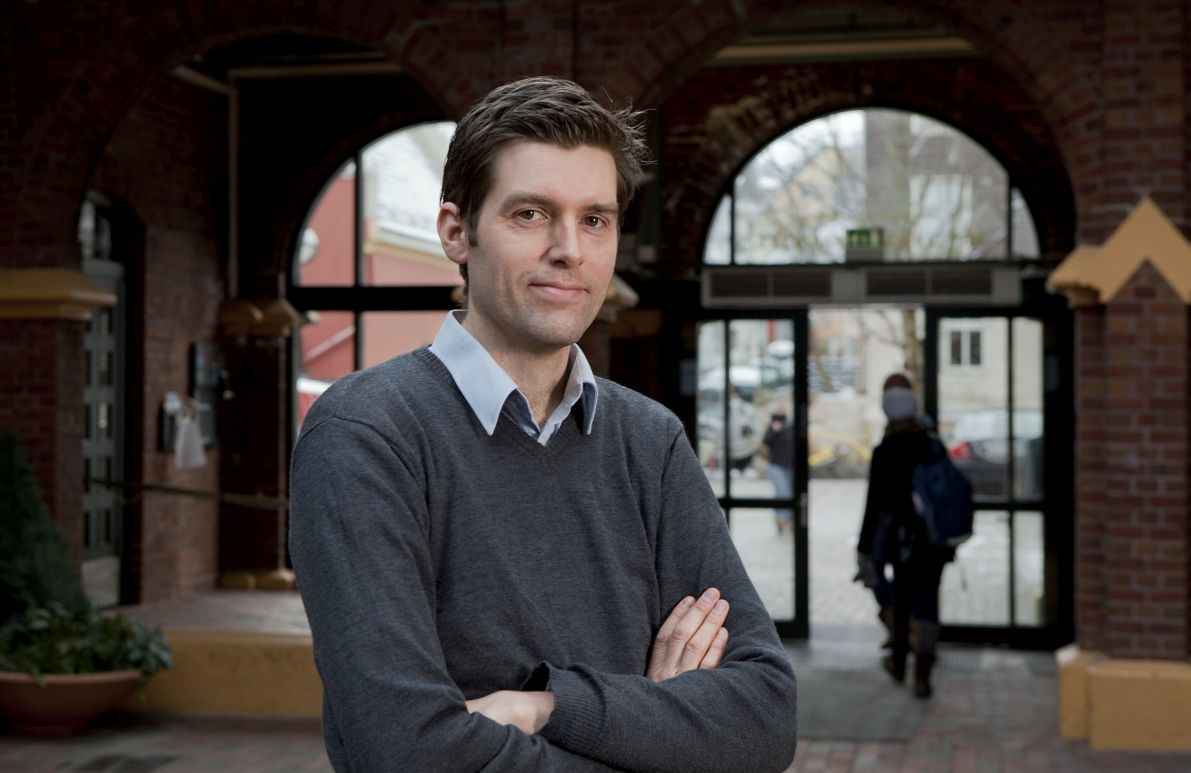 In 2011, Jørn Jacobsen was awarded the Nils Klim Prize for his research into Norwegian criminal law. In this interview from 2017 he talks about why he chose an academic career, the value of legal theory, and challenges in criminal law.

Jørn Jacobsen became professor of law at the University of Bergen (UiB) the year after he was awarded the Nils Klim Prize, and today he leads the Faculty’s Phd-program. He has been in charge of several research projects at the Faculty, lectured on criminal law and been in charge of the research group on legal theory at UiB. Jacobsen is also the co-founder and co-editor of Bergen Journal of Criminal Law and Criminal Justice, together with Associate Professor Annika Suominen, as well as a guest lecturer at the University of Gothenburg.

Jacobsen explains that he did not originally envision an academic career, but this changed after a meeting with Law Professor Nils Nygaard at UiB: “He read one of my papers and asked me to come to his office.”

“At first I was worried that there was something wrong,” says Jacobsen, “but he invited me to have a conversation about the topic of my paper--a topic that he too had been writing on.” The two of them had a good conversation, and Jacobsen was invited to read Nygaard’s manuscript. “After that, an academic career became an option,” he says.

Jacobsen’s interest in legal theory and philosophy in criminal law arose from what he perceived as a lack of theory making and an overemphasis on pragmatism in this area of law. “At the same time, it is a field that involves some very fundamental categories,” Jacobsen says, “such as human beings, liability and culpability, and justice. I was surprised by the lack of this perspective.”

Jacobsen underscores the importance of legal theory for democracy and the rule of law: A theoretical perspective ensures a better basis for the use of punishment. Countries that have a tradition for theoretical thinking in criminal law also have a better framework for legislation,” Jacobsen claims. He explains that jurisprudence has been very important for the development of democracy, courts and the rule of law.

In his 2008 doctoral thesis “Fragment til forståing av den rettsstatlege strafferetten” (“Towards an Understanding of Criminal Law Within the Rechtsstaat”), Jacobsen shows that contemporary criminal law is moving towards more extensive control of citizens. One example is the tendency towards criminalization of preparatory acts in the fight against terrorism. Jacobsen criticises this trend towards a more pre-active criminal law and notes that it is still prevalent today.

“We have seen a more extensive reach of criminal law, in conjunction with increased use of other control mechanisms,” says Jacobsen. He emphasises how balancing the use of criminal law and other control mechanisms on one side, and protecting fundamental freedoms on the other, is difficult. “If we give up the latter for the former, the whole point is gone,” he says. “Then we have given up what we tried to protect to begin with.”

According to Jacobsen, internationalization and efforts to prevent terrorism are two of the main reasons why we still see an increase in the use of control and punishment in some areas. Many of us are worried because the feeling of safety that we have experienced over the last couple of decades has given way to uncertainty. “It is a challenge to find good solutions and at the same time keep our cool, so that we do not trade in our freedoms,” he says.

Incarceration is not Free

That there is a clear tendency towards longer sentences for certain crimes is also something that worries Jacobsen. He claims that this is something that challenges our whole legal culture and our attitudes towards using punishment, and that it comes with an added cost for society. It is better to spend money on preventive measures, particularly those that target the young, rather than using more resources on longer sentences in general, he believes.

However, there are also positive trends in Norwegian criminal law. According to Jacobsen, more limited use of prison time as punishment for young offenders is one of them. “We know that prison is particularly hard on children, so choosing more constructive and less invasive measures for young perpetrators is generally a good thing,” says the Nils Klim-prize Laureate.

The entire interview is available here (in Norwegian):