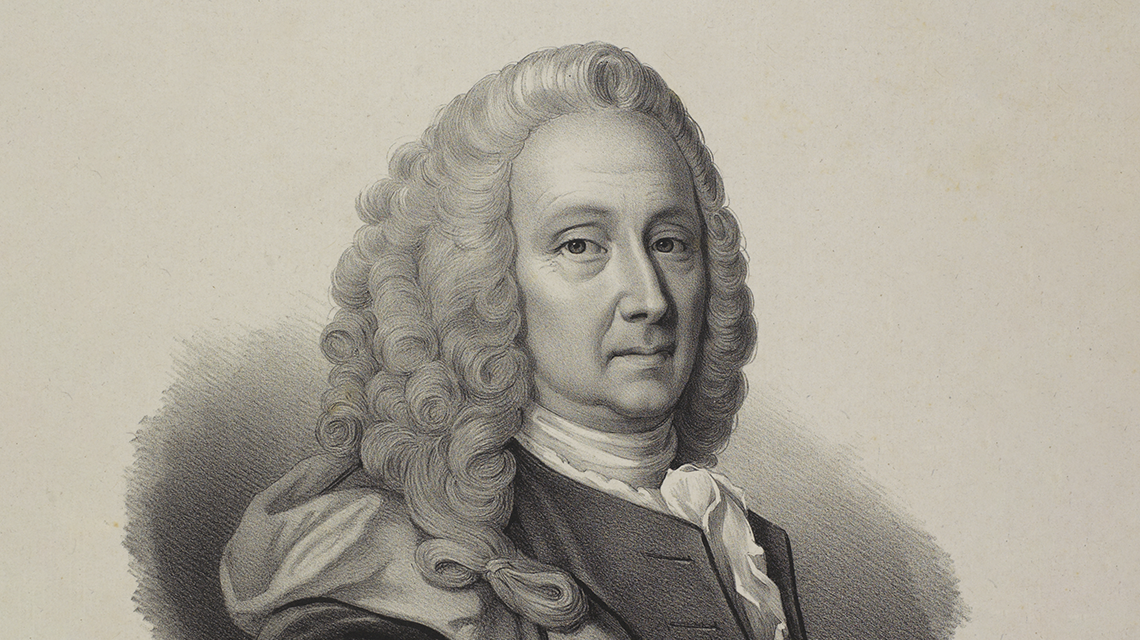 The Holberg Prize is named after the Danish-Norwegian writer Ludvig Holberg, who excelled in all the disciplines covered by the award. Holberg played an important part in bringing the Enlightenment to the Nordic countries and is also well known as a playwright and author.

Ludvig Holberg was born in Bergen in 1684, but lived most of his life in Copenhagen. He played a crucial role in bringing the Enlightenment to the Nordic countries and in the modernization of several academic disciplines and teaching methods. Holberg held the Chairs of Metaphysics and Logic, Latin Rhetoric and History at the University of Copenhagen. He also laid the foundation for international law as an academic subject in Denmark-Norway.

Ludvig Holberg is perhaps best known as a playwright and an author, and several of his works are translated into a number of languages. He is remembered, amongst other works, for his thesis Introduction to Natural and International Law, the theatre plays Jeppe on the Hill, The Fidget and Erasmus Montanus, and for the novel Nils Klim’s Subterranean Journey.

The Nils Klim Prize is named after the hero of Ludvig Holberg’s novel Nils Klim’s Subterranean Journey from 1741. The book tells the story of Nils Klim who, while exploring a cave in Bergen, falls down into a subterranean world where he comes across many different societies and creatures. In the tradition of other fictional travelogues of the period, including Thomas More’s Utopia and Jonathan Swift’s Gulliver’s Travels, Holberg informs us in the true spirit of the Enlightenment, that the world is a much bigger place than was previously assumed and that it is home to a myriad of highly disparate natural conditions and societies, customs and traditions.