The Holberg Symposium in honour of Griselda Pollock: "Is Feminism a Bad Memory?"

The Symposium is held in honour of the 2020 Holberg Laureate, Griselda Pollock.

What is the cultural memory of the later 20th century feminist intellectual and theoretical revolution? To what should we remain faithful?

What memory has been produced for the historic eruption of feminist theory and cultural analysis after 1968? Is feminism a disowned, outdated event, a still agonistic site of internal contestation, a radically urgent, if expanded and self-critical project that can work in creative entanglement with new urgencies, shifts and priorities? Has that which has been presented—often negatively—as feminism been bad for our future, as women, humans and planetary subjects? What memories can we critically produce?

Four scholars from different academic fields are invited to speak at the Holberg Symposium, in honour of the 2020 Holberg Laureate, Griselda Pollock. The presentations will be followed by a panel discussion and Q&A.

You can submit questions for the panellists in advance by filling out this form:

by Professor Kjersti Fløttum, Chair of the Holberg Prize.

Introduction of the 2020 Holberg Laureate

by Professor Ellen Mortensen, Academic Director of the Holberg Prize. 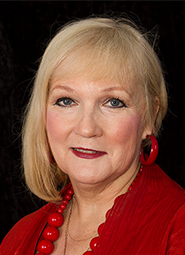 Griselda Pollock: Introduction of the topic for the Symposium

Holberg Laureate Griselda Pollock is Professor of Social and Critical Histories of Art and Director of CentreCATH (Centre for Cultural Analysis, Theory & History) at the University of Leeds. Since the 1970s, Pollock has been teaching and publishing in a field in which she is not only a renowned authority, but which she also helped create. In addition, she has exercised a profound influence on the development of feminist cinema studies, and she continues to be an inspirational figure both inside and outside the academy. 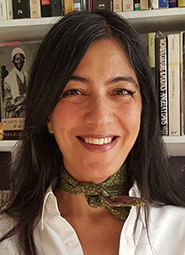 This presentation will focus on the collectives created by feminist artists and activists in different contexts since 1968, highlighting how the extant visual archives of their performance and manifestation in public space are key documents for understanding the interactions between bodies and political engagement, between the ephemerality, memory and immortality of struggles.

Elvan Zabunyan is a contemporary art historian and art critic, and a professor at the University of Rennes 2. Her current book project focuses on the history of American slavery and contemporary art. She has recently co-edited Constellations subjectives, pour une histoire féministe de l'art (2020). 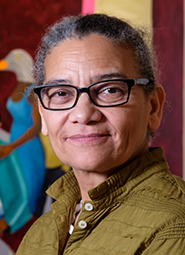 Lubaina Himid in Conversation with Griselda Pollock: "Black British Women Artists: Working on the Front and the Central, or Thin Black Lines"

Griselda Pollock and Lubaina Himid will discuss three works as they explore Himid's own sense of the Black feminist interventions and creativity over the last four decades, in which Himid has been a profoundly influential presence as artist, curator, teacher and thinker: thinking through doing and making.

Lubaina Himid is currently Professor of Fine Art at the University of Central Lancashire. Born in Zanzibar in 1954, she is a British painter who has dedicated her four-decades-long career to uncovering marginalised and silenced histories, figures, and cultural expressions. In addition to a long and productive practice, creating major installations and series, including A Fashionable Marriage, Revenge and Naming the Money, Lubaina Himid has also consistently worked as a curator conceiving and producing major exhibitions, as well as a curator of Hidden Histories. In November 2021, her solo monographic exhibition will open at the Tate Modern. 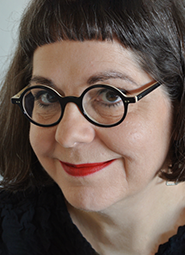 In her essay "A Room of One's Own", Virginia Woolf imagines Shakespeare's sister Judith, both as an embodiment of the difficulties women faced in the past to express themselves artistically and as an appeal to feminists to work, so that this missed opportunity could be addressed. This talk will discuss feminism in relation to issues of inheritance and future responsibilities.

Elisabeth Bronfen is Professor of English and American Studies at the University of Zürich. Elisabeth Bronfen works in literature, visual culture, gender studies and psychoanalysis. She is the author of the following books: Serial Shakespeare: An Infinite Variety of Adaptations in contemporary TV Drama and Crossmappings. Essays in Visual Culture, as well as Obsessed. The Cultural Critic's Life in the Kitchen. 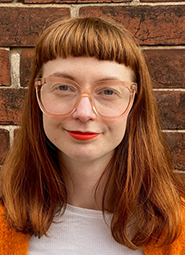 This talk explores the question of a feminist space, its memory and future, in relation to the visual arts and the concept or process of becoming. What constitutes the feminisms of feminist spaces of art (and) education? How do contemporary practices and theories of feminism and art disclose, define and transform the tensions of the past as they meet the urgencies of the present/future? If feminism is still unfinished business, whose business is it?

Elspeth Mitchell is Research Fellow at the University of Leeds, working at the intersection of practices and theories of feminism and visual culture. She has produced visual arts projects in the UK and held postdoctoral research positions exploring girlhood, digital art history and the burlesque.