The Holberg Conversation with Cass Sunstein 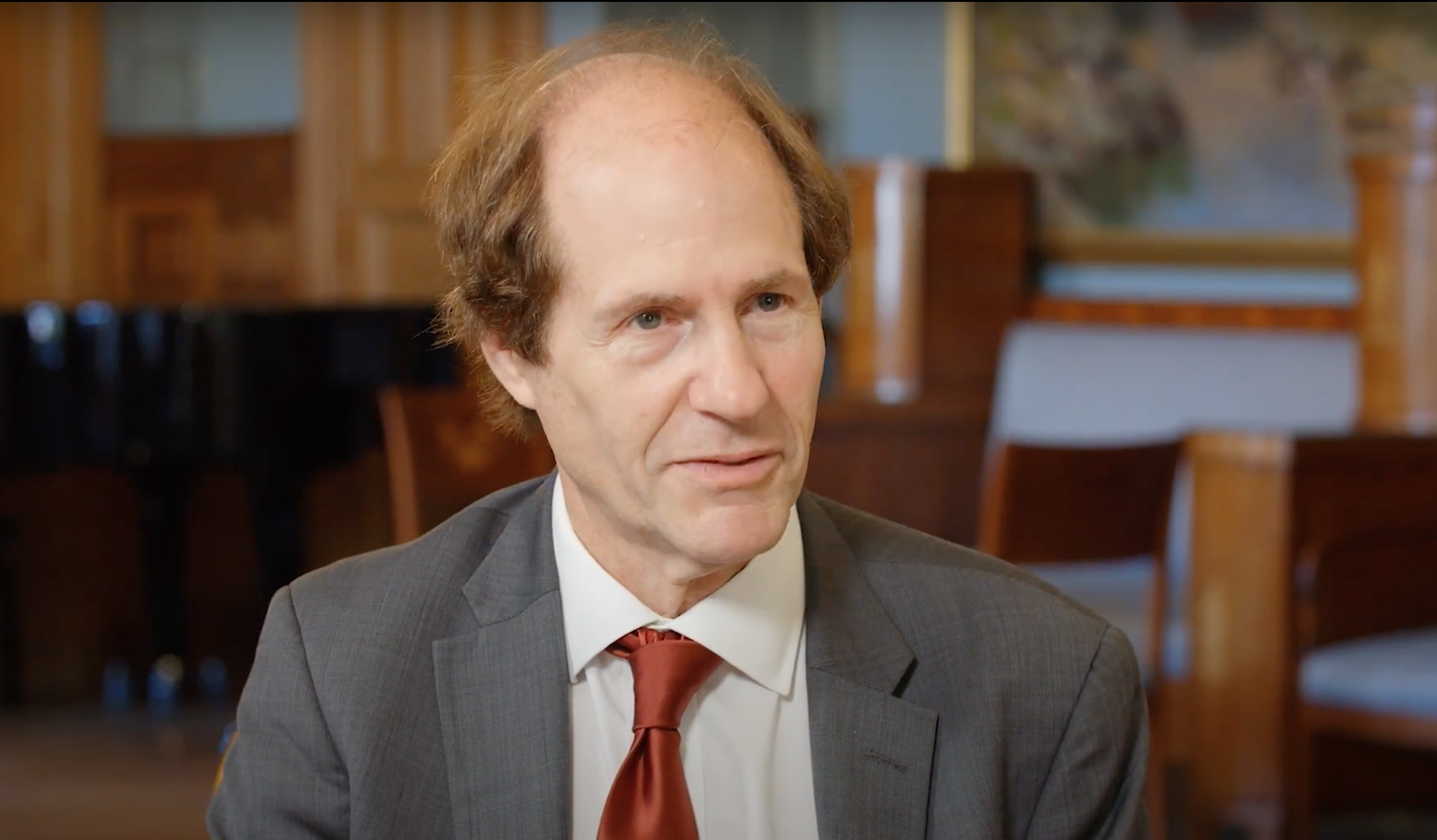 Cass Sunstein during the Holberg Conversation 2018.

During the Holberg week of June 2018, Holberg Prize Laureate Cass Sunstein met with Anine Kierulf to talk about his research, backround and and how he has worked to promote enduring constitutional ideals –freedom, dignity, equality, self-government, the rule of law – under contemporary circumstances.

The Harvard University Professor and former Administrator of the White House Office of Information and Regulatory Affairs talked about a range of subject in his conversation with Kierulf, who is the Research Director at the Norwegian National Human Rights Institution. Sunstein gave insights into, amongst other things, the general subject of the law.

- The fact that we are safe, usually, that has to do with law, even if law is never triggered.

Sunstein also shares what made him interested in the field of administrative law.

His work in administrative law is part of what led him towards working in former President Obama’s administration, and he told Kierulf about some of the experiences he gained.

- Working in government does not have the same kind of excitement as you can get if you are working on an idea and you are trying to get it right. But [working] in government, I found immensely gratifying. On a day, I got to participate in something that was going to reduce the number of deaths from air pollution in my country by a significant number. I was blessed to participate in that.

His seminal work on nudging – this form of influence that governments and businesses can perform without intruding on citizens freedom – was also discussed, and he explained the concept in simple and understandable terms.

- So think of a GPS-device, which you can ignore, which helps you to get to your preferred destination, and which gives you help. It is a nudge. A GPS-device is completely a nudge, or a reminder, or a disclosure of information. They are preserving your freedom of choice, but nudging you to go in a certain direction. And the idea here is that freedom often needs to be preserved, but the word is too abstract. Life needs to be easier to navigate, and a nudge can help people navigate life.

The conversation in its entirety can be viewed in the video below.