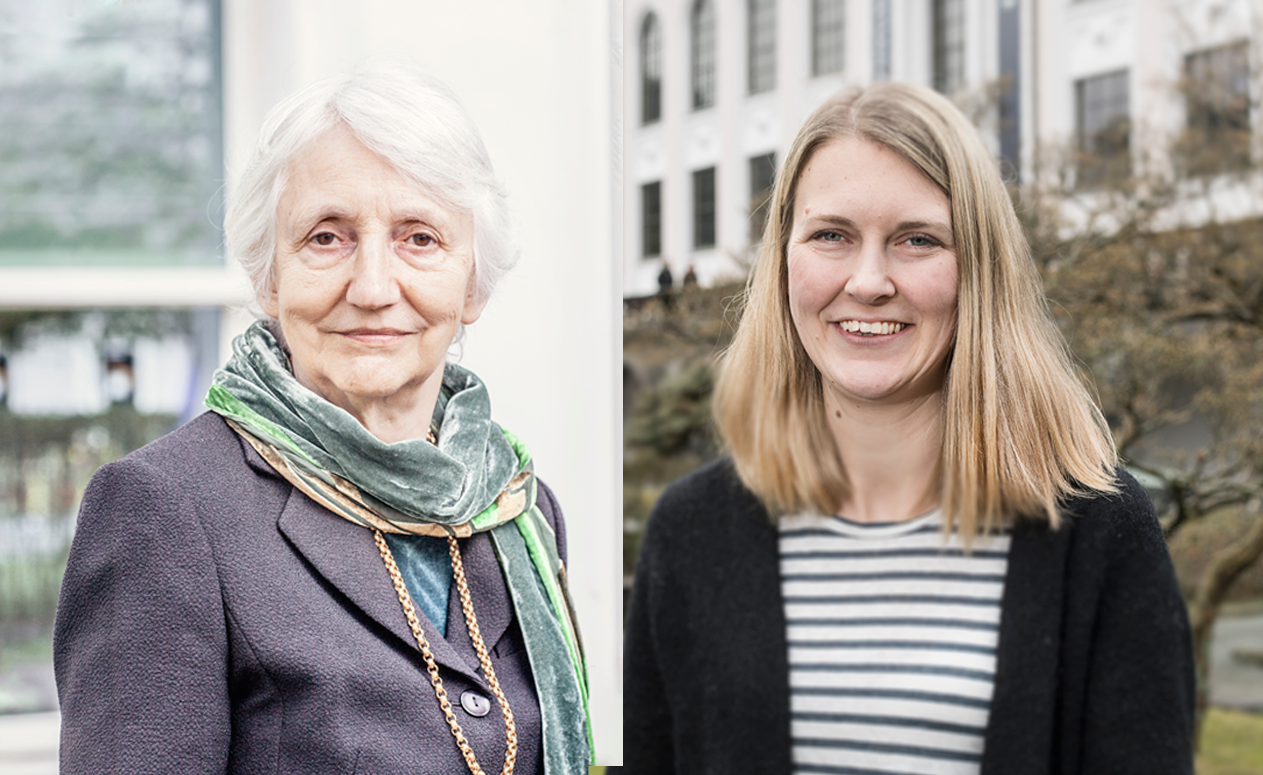 The Holberg Prize 2017 is awarded to British scholar and Philosophy Professor Onora O'Neill, University of Cambridge, for her influential role in ethical and political philosophy. The Nils Klim Prize is awarded to Norwegian Professor of Economics Katrine Vellesen Løken, University of Bergen, for her ground-breaking research on the Nordic welfare states.

The Holberg Prize is an international research prize awarded annually to a scholar who has made outstanding contributions to research in the arts and humanities, social science, law or theology. The Prize is worth NOK 4,500,000 (approx. USD 525,000) and was established by the Norwegian Parliament in 2003.

Professor O’Neill will receive the Prize for her distinguished and influential role in the field of philosophy and for shedding light on pressing intellectual and ethical questions of our time. Her contribution to our understanding of Immanuel Kant is regarded as transformative and has led to a renewed interest in his work. In particular, O’Neill has explored the requirements of public reason and how they relate to international justice and to the roles of trust and accountability in public life. The Prize will be conferred during a formal ceremony at the University of Bergen, Norway, on 8 June.

For almost half a century, O’Neill has combined writing on political philosophy and ethics with a range of public activities, and her work has influenced generations of scholars, policy makers and practitioners alike. She has written extensively on political philosophy and ethics, bioethics and international justice, and is highly regarded as a specialist on human rights. She has applied rigorous philosophical thinking when discussing major contemporary issues and her scholarship has had an immeasurable impact on the wider public sphere.

O’Neill describes the central question in her early works on Kant as “how reasoning could bear on action.” “This seemed and still seems to me the elephant in the room that is all too often ignored or pushed into the margins in philosophical work in ethics and political philosophy,” she says.

O'Neill was President of the British Academy between 2005 and 2009, where she became a Fellow in 1993. From 1992 until 2006 she was Principal of Newnham College, University of Cambridge, where she is now Honorary Fellow. O’Neill was created a life peer as Baroness O'Neill of Bengarve in 1999 and has served as a crossbench member of the House of Lords since 2000.

As a great authority on areas such as human rights and global justice, O'Neill is known for books such as Faces of Hunger (1986) and The Bounds of Justice (2000), where she deals with the structural conditions of oppression and how global inequality may be understood through a concept of justice that is cosmopolitan rather than civic. In Justice across Boundaries: Whose Obligations? (2016), she deals with human rights and responsibilities and poses the question: Who ought to do what, and for whom?  She argues that a a progression towards global justice requires that obligations be held by both states and non-state actors.

"O’Neill has an extraordinary ability to blend questions of morality, with an account of psychological plausibility and institutional legitimacy that makes her a powerful guide to the most profound ethical questions of our time. Not only has she transformed our understanding of Kant, she has also demonstrated how to do philosophy in a way that measures up to the complex moral demands of the world."
-  Dr. Pratap Bhanu Mehta, Chair of the Holberg Academic Committee.

The 2017 Nils Klim Laureate was also announced today. The Nils Klim Prize went to Norwegian Professor of Economics Katrine Vellesen Løken, University of Bergen, for her research on the Nordic welfare states. The Prize is awarded annually to a Nordic researcher under the age of 35, who has made an outstanding contribution to research in the fields covered by the Holberg Prize, and the prize amount is NOK 300.000 (appr. EUR 33.000).

Løken became Norway’s youngest female professor of economics ever in 2014, at the age of 31. Her research on the Nordic welfare states cover such topics as family and health policy, and criminology.

"Løken has studied the impact of state policies on individual behaviour through a stringent and meticulous application of advanced mathematical models with a particular emphasis on isolating the decisive causal factor. Together with a number of co-authors, she has broached issues that might change the research focus in her field of economics. Her research has been cross-disciplinary, and it has evident relevance for policy-making."

In her 2010 PhD thesis, «Families and Children’s Development: Economic Approaches,» Løken found that several Norwegian welfare state reforms have contributed to making children more successful at school when they become older. They drop out of hich school more rarely, and they enter higher education more often.

The Laureate is takes an active part in public debate of political issues, and she has written columns for newspapers such as Dagens Næringsliv. She is also regularly in contact with politicians in order to underscore the importance of research based policy-making, particularly with respect to reforms in family policy.