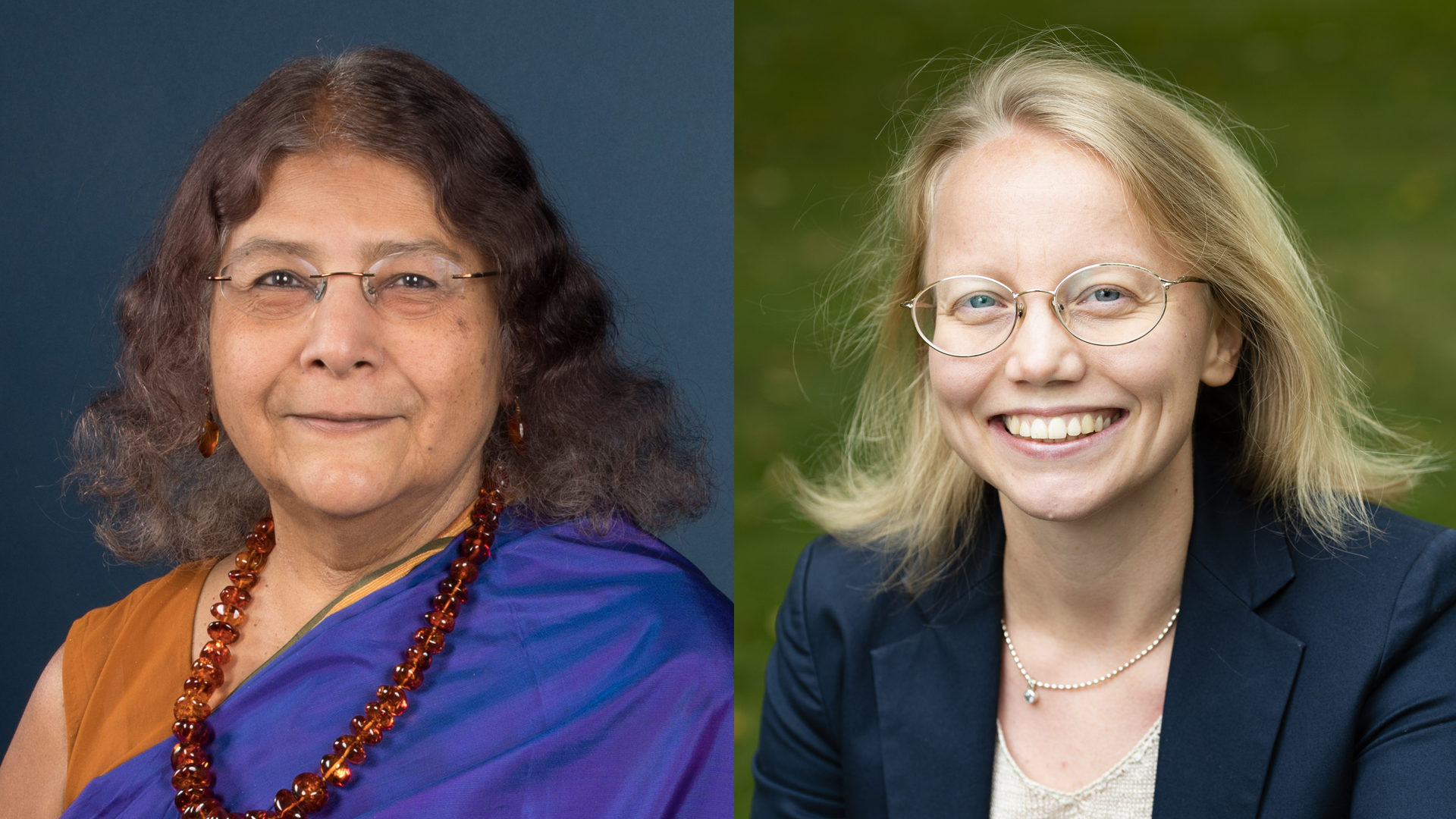 Today, the Board of the Holberg Prize named American scholar Sheila Jasanoff as the 2022 Holberg Laureate.

Sheila Jasanoff is the Pforzheimer Professor of Science and Technology Studies (STS) at the John F. Kennedy School of Government, Harvard University. She will receive the award of NOK 6,000,000 (approx. EUR 595,000 / USD 675,000) during a 9 June ceremony at the University of Bergen, Norway.

Jasanoff is regarded as a pioneer in the field of STS, which examines the creation, development, and consequences of science and technology in their historical, cultural, and social contexts. She is a leading scholar at the nexus of science, technology, law, democratic theory, and public policy.

A central theme of Jasanoff’s research is how ruling institutions justify exercises of power and authority in democracies. As the world is facing the challenges of climate change, the pandemic and advanced biotechnologies, coupled with social media driven politics and mistrust in expert institutions, Jasanoff is regarded as a unique and influential voice.

Jasanoff has developed many of the analytical concepts used in her field. She is best known for her idiom of co-production, which states that the ways in which we know and represent the world are inseparable from how we choose to live in it.

Her most recent theoretical innovation is the idea of sociotechnical imaginaries: the collectively held visions of desirable futures that societies hope to attain through advances in science and technology. With this influential concept, Jasanoff has transformed the field of future studies by demonstrating the central role of science and technology in our understandings of progress.

To date, Jasanoff has authored or co-authored 10 books and edited or co-edited eight. She has also written more than 130 articles and chapters.  “Possibly the most basic question I have tried to address is what difference it makes that we humans live in scientifically and technologically advanced societies,” the Laureate explains. “This is fundamentally a question about the meaning of science and technology in the everyday lives of individuals, social groups, and nations.”

“I find it odd that we have armies of scholars working on the evolution and meaning of literary, artistic, musical, and other forms of cultural creativity”, Jasanoff says, “but not on how it affects us to examine nature, learn to control its functions, and make tools that have the potential to change what it means to be human.”

Jasanoff’s most influential works include: The Fifth Branch: Science Advisers as Policymakers (1990), where she explores scientists’ role as advisers on policy; Science at the Bar: Law, Science and Technology in America (1995), which challenges conventional ideas about science and law, and Designs on Nature: Science and Democracy in Europe and the United States (2005), where she introduces the notion of civic epistemology as an element of modern political culture. This concept refers to the stylized, culturally specific ways in which national publics expect policy-relevant knowledge to be produced and put to use. In Designs on Nature, Jasanoff focuses particularly on the role of civic epistemologies in legitimating regulatory responses to emerging biotechnologies.

Jasanoff’s more recent work includes The Ethics of Invention: Technology and the Human Future (2016), where she argues that technologies both open up and close down the kinds of futures available to humanity, and Can Science Make Sense of Life? (2019), where she explores a series of moves by which the life sciences in the 20th century took on the power not only to describe what life is, but also, inappropriately, to declare what life is for.

“Through sharing her work in both academic and popular forums”, says Holberg Committee Chair Heike Krieger, “Jasanoff is a significant public intellectual, offering timely comments on topics of public concern such as fake news and climate change.”

«The liberal arts and humanities are if anything more important than ever before because these are the fields that enable us to reflect on the human condition. Despite all the disincentives, I find that increasing numbers of students in science and engineering are searching for ways to think more deeply about the implications of the work they are doing. That understanding does not come from within the sciences but from the fields recognized by the Holberg Prize.

I think we have to keep demonstrating their relevance by pointing out the profoundly humanistic questions that accompany every significant new development in more technical fields. It’s really a matter of us humanists having the courage of our convictions. »

-  2022 Holberg Laureate Sheila Jasanoff, on the importance of the liberal arts and humanities.

The recipient of the 2022 Nils Klim Prize was also announced today. This prize is worth NOK 500 000 (approx. EUR 49.500) and is awarded annually to a young scholar who has excelled in one of the research areas covered by the Holberg Prize. The recipient must be from, or working in, a Nordic country and under the age of 35 at the time of the nomination deadline. The two prizes will be conferred during the same ceremony at the University of Bergen on 9 June.

This year’s Nils Klim Prize is awarded to Finnish theologian Elisa Uusimäki, for her outstanding research into the literary and cultural history of Judaism in antiquity. Uusimäki is Associate Professor of Biblical Studies at the Department of Theology, Aarhus University in Denmark. She is also AIAS Associate Fellow at the Aarhus Institute of Advanced Studies. Before moving to Denmark in 2020, she taught at the University of Helsinki.

The good life in antiquity

“I have several research interests, but my key findings revolve around three issues,” says Uusimäki. “These include the ancient manuscript collection known as the Dead Sea Scrolls; human questions about wisdom and the good life in antiquity; and a notion of humans as interactive and travelling beings.”

She has authored two books on Hellenistic Jewish texts. In her latest monograph, Lived Wisdom in Jewish Antiquity: Studies in Exercise and Exemplarity (2021), she reveals how Jewish sages taught and performed wisdom in the international context of the Greco-Roman world, both as a quality of an individual and as a communal endeavour.

Understanding the present as well as the past

The Laureate explains that the overall aim of her research is to increase our understanding of ancient religious texts and traditions. “My starting point in this enterprise is the Jewish tradition, which I seek to study as part of the ancient eastern Mediterranean world,” she says. “While there is a vast temporal and geographical distance between me and the object of my research, the question is about sources that continue to have ramifications today; many cultures around the world build on these texts and related traditions in different ways, which means that they continue to shape people’s lives and thought.”

Uusimäki has received several prestigious fellowships and grants, including a 2020 European Research Council’s Starting Grant for the project “An Intersectional Analysis of Ancient Jewish Travel Narratives”.

The Chair of the Nils Klim Committee, Ástráður Eysteinsson, says Uusimäki is eminently accomplished in her academic area: “She relies on linguistic skills in several languages and philological as well as hermeneutic expertise as she delves into texts and matters that are highly relevant to our historical understanding of the ancient world.”

« The motivational aspect of the Nils Klim Prize cannot be overestimated. In our societies today, the appreciation of fields exploring human cultures and societies cannot be taken for granted, as we have also seen here in Denmark, where the government has just made a decision that forces universities to close down some smaller study programmes, including one in which I myself have taught.

Because of this situation, we need to actively argue for and demonstrate the ongoing relevance of studying human culture in all its diversity and richness, whether the question is about exploring the past or the present. We also have to continue to communicate that the generic skills one can acquire by studying these fields – thinking, debating, and writing, to mention but a few – are integral to public discourse.

I think that the very existence of the Nils Klim Prize is a powerful recognition to all of us working in the humanities and social sciences broadly understood; it is a sincere acknowledgement of the significance and validity of our areas of research and teaching. The Prize signals that they belong to the heart of the academic enterprise, as they have done ever since the medieval beginning of the European university institution, when theology, philosophy, and law played a decisive role in the curriculum. »

-  2022 Nils Klim Laureate Elisa Uusimäki, on how the Nils Klim Prize may be a motivating factor for young researchers.