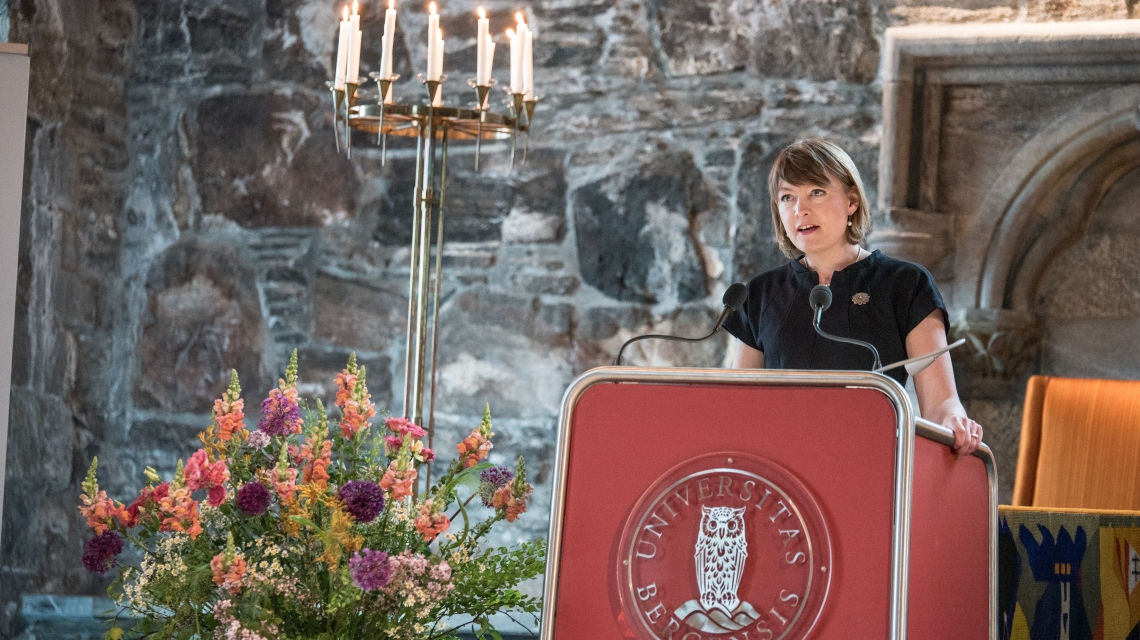 It is a great honour to receive this award and I am very grateful to the Nils Klim Committee for recognizing the importance of my research. I am particularly happy because I have learned my trade from some of the world’s most innovative scholars of International Relations who happen to be based in Norway. This may sound strange. After all, my discipline is US-dominated with its biggest journals and institutions located in North America. And I have been fortunate to study and work in France, Italy, Canada and Australia, but it is exactly interactions with Norwegian colleagues that have convinced me of the value of the particular Nordic approach to international relations.

So what is the perspective from the margins of Europe? In the last decades, Nordic scholars have abided to the anthropological dictum of “making the familiar strange and the strange familiar”. They have shown that what appears as deviant, be that a country such as Russia or identities such as the Sami or the Greenlandic, is only deviant in relation to that which we think of as familiar or normal. Nordic scholars, with their small-state sensibility, have diversified a discipline obsessed with great powers, great wars and great men, and have contributed to making an entire discipline aware of its own ethno-centrism.

This is exactly what Ludvig Holberg wanted to teach us with his fantastic travel novel “Nils Klim’s Underground Travels”. When Nils Klim arrives to the country of Cocklecu, he is shocked to discover a world where Holberg makes the familiar strange and the strange familiar. The relationship between the sexes are turned upside down: men do the rough simple work, they clean, weave, grind the grain and are beaten by their wives, while women do the more sophisticated work of think and write, hold public offices and make important decisions. When Nils Klim’ questions this practice, the people of Cocklecu answer with similar arguments as those used to dominate women in the age of Holberg: this is the natural order of things. After all, as the people of Cocklecu explain, men are physically stronger than women so it is evident that nature wanted them to do the rough and simple work, while the women should do the thinking.

In a similar way, scholars such as Iver B. Neumann and the rest of the crowd at Norsk Utenrikspolitisk Institutt (The Norwegian Institute of International Affairs) have used their marginal positions, originating from a state with limited military power and population, to question the taken for granted “truths” about power in international relations. They have demonstrated the importance of other kinds of relations, norms and ideas for the foreign policies of not only of small welfare states in the cozy Scandinavian corner of the world, but also for the world’s greatest powers.

In my own work, I have deployed the strategy of making the strange familiar and the familiar strange to show that state behaviour that may be seen as irrational or morally objectionable have their analogues in Western society. Countries such as Norway and Denmark can experience shame in relation to their European partners or to their former colonies. As the sociologist Erving Goffman argues, everybody has the potential to become stigmatized, and even the most fortunate of “normals” are likely to have a half-hidden failing. This observation, as Holberg would have stressed, does not lead us to cultural relativism. Instead, it reminds us that we should continue to expand our knowledge of the world through systematic explorations.

Today, the world is struggling with a range of international conflicts and we urgently need to address the roots of these conflicts. In the coming years, I hope to advance our understanding of diplomacy together with colleagues here and across the world. I will focus on how diplomacy’s focus on discretion and confidentiality can work in age of constant media attention and communication. This question is important because it concerns, most fundamentally, the risk of conflict and possibility of peace.

I am therefore very grateful to receive a prize named after a novel, which champions a critical and open mind to the world. This is a first step to better understand international relations. Tusen takk!