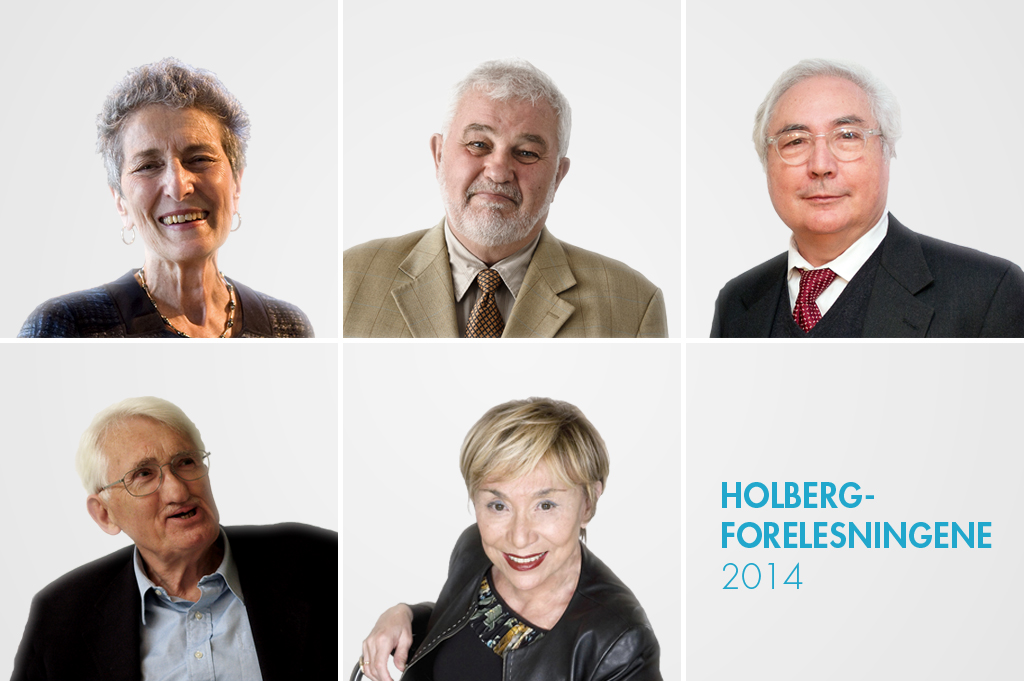 The Holberg Lectures presents a general audience in Norway with a unique opportunity to listen to world-leading academics, all previous winners of the Holberg Prize.

During 2014 five Holberg Prize laureates will be holding guest lectures at universities all over Norway. The Holberg Lectures are organised as a part of the ten-year anniversary of the Holberg Prize, which was in 2013.

The first of the lectures will be on 8 April at the Norwegian University of Science and Technology (NTNU) by the historian Natalie Zemon Davis, who was awarded the Holberg Prize in 2010.

The issue of ‘democracy’ receives a lot of attention this year with Norway celebrating the 200th anniversary for the Norwegian Constitution. However, this topic is also a hot potato out in Europe these days. The historian Jürgen Kocka will look at the background for this in his lecture ‘European integration and its present crisis. A historical perspective’.

Jürgen Habermas, a world-famous philosopher, will further explore this in his lecture on ’Democracy in Europe’ in Stavanger 11 September. Habermas has for several decades been one of the leading European intellectuals and been a strong voice in the recent discussion about the future of the European Union.

The Holberg Board is proud to welcome so many international top academics to Norway. “The Holberg Lectures represent a unique chance to talk to some of the leading intellectuals of our time, who have had a substantial influence on how we understand our society today,” says the chair of the Holberg Board, Professor Sigmund Grønmo, who was rector of the University of Bergen (UiB) 2005–2013. This effort has also been honoured by other institutions than the Holberg Prize. Only last year did Zemon Davis receive a medal of honour from the American President Barack Obama for her work to deepen the understanding of the humanities and access to important resources in the humanities.

In 2014 five Holberg Laureates held guest lectures at Norwegian Universities, organised as a part of the ten-year anniversary celebration of the Holberg Prize.