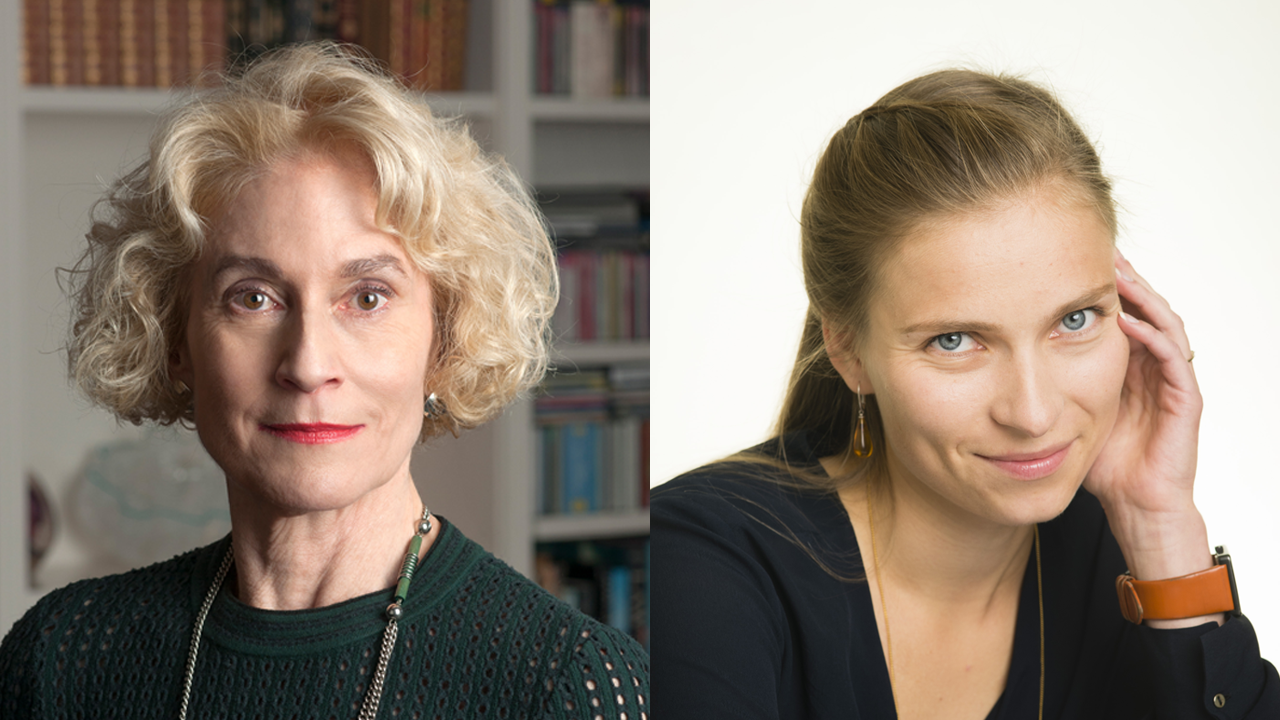 American philosopher Martha C. Nussbaum is awarded the 2021 Holberg Prize for her groundbreaking contributions to research in law and philosophy. The Nils Klim Prize goes to the Russian-Finnish political scientist Daria Gritsenko.

Today, the Holberg Prize named the U.S. philosopher and law scholar Martha C. Nussbaum as its 2021 Laureate. Nussbaum is the current Ernst Freund Distinguished Service Professor of Law and Ethics at the University of Chicago. She will receive the award of NOK 6,000,000 (approx. EUR 585,000 / USD 700,000) during a 9 June ceremony at the University of Bergen, Norway, provided travel restrictions allow for it.

Nussbaum is one of the most well-known and productive philosophers writing today, and her academic career spans more than four and a half decades. Her research interests include ancient Greek and Roman philosophy, political philosophy, philosophy of literature, feminism, and ethics, as well as animal rights. Nussbaum has also given significant scholarly contributions to fields such as legal studies, economics, education, and the measurement of quality of life independently of culture.

A Reflection About Human Vulnerability, its Beauty and its Costs

In addition to her many scholarly achievements, Nussbaum is a prolific public intellectual. She is known for carrying her stupendous intellectual energy and productivity to address issues of major academic concern, as well as issues that have concrete economic, political, and legal impact. Hence, she has been highly influential in the areas of development, justice and human rights. Nussbaum’s impact is demonstrated by the multitude of awards bestowed upon her, and more than 60 honorary degrees.

Describing the key purpose of her work, Nussbaum says: “I write on a number of distinct topics, but they are unified by a single overarching theme: reflection about human vulnerability, its beauty and its costs.”

“On the one hand, I have spent many years producing philosophical accounts of emotions, which are our inner road map of our significant vulnerable attachments, and how they are faring in a world of uncontrolled events,” the Laureate explains. “On the other hand, in developing the Capabilities Approach, I have asked this question: ‘What forms of vulnerability and impeded activity are incompatible with political justice?’”

“A just society will protect its citizens from hunger, lack of medical care, sexual assault, and a variety of other obstacles to a flourishing life, while protecting significant freedoms of choice. Recently I have been extending the approach to the lives of non-human animals and the impediments to their flourishing, many created by humans,” Nussbaum says.

A Prolific Writer and Public Intellectual

To date, Nussbaum has written 26 books, with one shortly forthcoming and three in progress. In addition, she has published about 500 articles and edited 26 books. Her books have been translated into two dozen languages.

Nussbaum´s earliest work concentrated on matters of ancient Greek and Roman philosophy. Her first book, a 1978 edition and commentary on Aristotle' s De Motu Animalium, established her as a leading contemporary interpreter of Aristotle, a position she has never relinquished.

In her work on philosophy and literature, Nussbaum investigates how literature and art develop self-understanding and empathic attitudes towards others, evident in her breakthrough book The Fragility of Goodness (1986), as well as in Love’s Knowledge (1990) and Poetic Justice: The Literary Imagination and Public Life (1996). In Cultivating Humanity (1997) and Not for Profit (2010) she develops her ideas about how literature contributes to the quality of democracy by stimulating critical thinking about values and decisions.

On Human Dignity and Social Justice

As a political philosopher Nussbaum focuses particularly on human dignity as a core dimension of social justice. In Sex and Social Justice (1998) and Women and Human Development (2000), this is related to the position of women globally and thus to their predicaments in a number of different political and cultural contexts. In the latter, she develops her Capabilities Approach, which is further explored in Frontiers of Justice (2006) and in Creating Capabilities (2011). In her forthcoming book Citadels of Pride: Sexual Abuse, Accountability, and Reconciliation (2021), Nussbaum explores sexual violence and analyzes how pride perpetuates systemic sexual abuse, narcissism, and toxic masculinity.

In her Capabilities Approach, Nussbaum conceptualizes human well-being in a way that is now widely used in the measurement of poverty, development, and social exclusion and inequality. By aiming to provide a humanist alternative to traditional welfare economics, this approach signifies one of the ways in which Nussbaum has made important contributions to the humanities more broadly in confronting modern political problems and questions of well-being.

For a large part of her career, Nussbaum has been working on emotions in human life. She presents her own theory of emotions in Upheavals of Thought (2001) and develops it further in From Disgust to Humanity (2010), Political Emotions (2013), and Anger and Forgiveness (2016). Upheavals of Thought also deals with the role of music. In Hiding from Humanity (2004), Nussbaum explores to what extent shame and disgust should be included as legitimate bases for legal judgments, while In the Monarchy of Fear (2018), she turns her attention to the political crisis that polarized the U.S. after the 2016 presidential election.

“While Nussbaum’s eminence in her fields of academic endeavor is unquestionable,” says Holberg Committee Chair Graeme Turner, “what is particularly admirable is her dedication to the task of putting her knowledge to work, towards making a real and lasting difference to people across the world.”

The recipient of the 2021 Nils Klim Prize was also announced today. This prize is worth NOK 500 000 (approx. EUR 50.000) and is awarded annually to an outstanding young scholar who has excelled in one of the research areas covered by the Holberg Prize. The recipient must be a citizen of Nordic country and under the age of 35 at the time of the nomination deadline. The two prizes will be conferred during the same ceremony at the University of Bergen on 9 June.

This year’s Nils Klim Prize is awarded to Finnish-Russian Daria Gritsenko, for her outstanding research contributions in the intersection between political science, environmental studies and digital humanities. Gritsenko is Assistant Professor of Russian and Eurasian Studies at the University of Helsinki, where she is affiliated with the Aleksanteri Institute and the Helsinki Institute of Sustainability Science (HELSUS).

Gritsenko’s work focuses on current global issues of political governance and environmental concerns. She conducts research on maritime transport, energy and sustainability, particularly in the Arctic region. Gritsenko explains the central theme of her research over the last ten years: How does environmental governance work in the absence of a central authority who takes care of cooperation, coordination, and control?

“I have studied maritime transportation in the Baltic Sea, development of fueling stations in ports, small-scale solar power installations in Eastern Siberia, pathways to development in resource-based Arctic economies”, Gritsenko says. “All of them are complex phenomena with cross-border implications that have significant environmental impact and lack a central authority.”

The Laureate explains that she studied the success stories and tried to understand who was involved in the governance process, which rules, mechanisms and strategies they employed, and how place and time affected the solutions they found. “The key finding of my research is that there is hope,” Gritsenko says, “but it should be nurtured locally by helping everyone bundle their needs – this is how we can achieve environmentally-related objectives.”

The Chair of the Nils Klim Committee, Ástráður Eysteinsson, says Gritsenko’s ambitious and creative approach attests to her courage as a researcher, combining digitalization and social and environmental analysis of potentially volatile political questions. “Her bold and resourceful approach as well as her impressive range of research areas and methodological competence make her a most worthy recipient of the 2021 Nils Klim Prize”, he says.