Nomination Statistics for the 2023 Holberg Prize 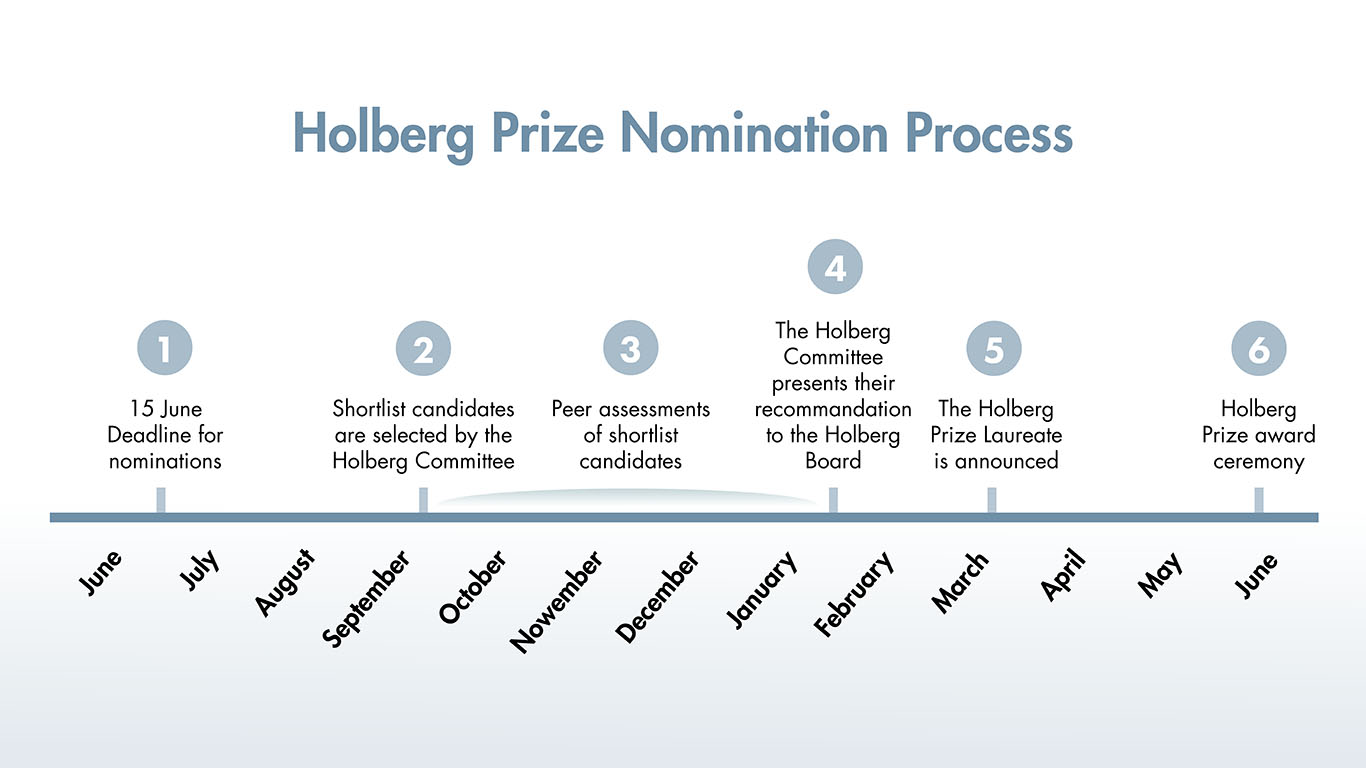 Timeline showing the nomination process for the Holberg Prize.

The process of selecting the next Holberg Prize Laureate is well underway. The Holberg Committee met on Friday 14 October to discuss the nominations for the 2023 Holberg Prize and the Committee members have now agreed on a shortlist.

Compared to previous years, both "humanities" and "social sciences" (as broad categories) as well as "law" and "theology" are represented in a manner similar to the average. There has been an increase in the number of nominations in the category "other", which includes fields such as engineering. It should be noted that the below statistics refer to the total number of nominations, and not to the number of valid nominees.

Looking at specific disciplines, "literary studies" has received the highest number of nominations, followed by "law", "history" and "philosophy".

The Holberg Committee held their annual autumn meeting on Friday, 14 October, where they discussed the pool of candidates. Under the leadership of Committee Chair Heike Krieger, the Committee has now decided on a shortlist of candidates for the 2023 Holberg Prize. In the coming months, the secretariat will collect peer reports on each of the shortlisted candidates, in order to aid the committee members in their further deliberations. The Holberg Committee will convene again in January for a final round of discussion, before they decide on a recommendation to the Holberg Board. The next Holberg Laureate will be announced in mid-March 2023.

Call for nominations for 2024