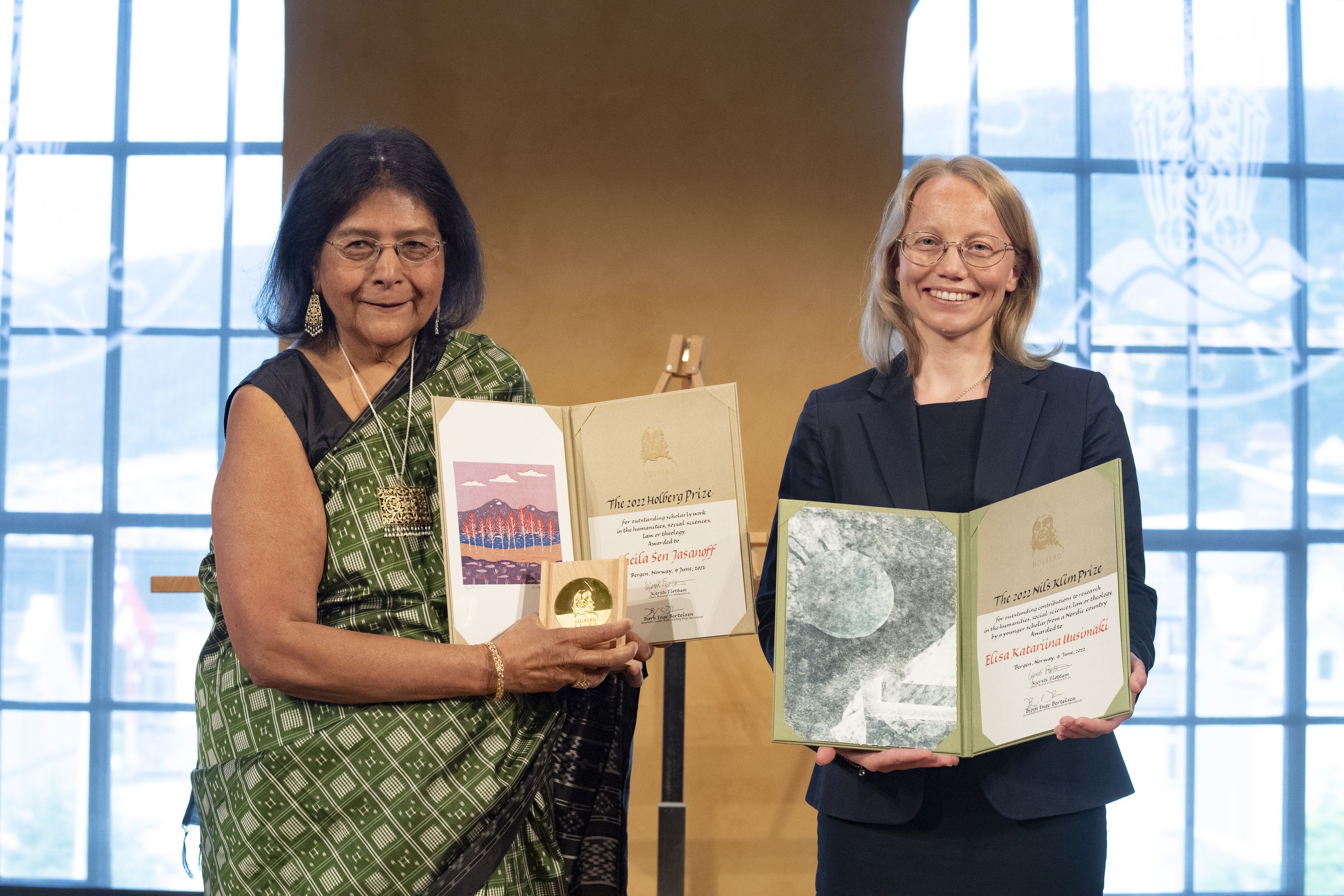 The Holberg Prize is worth NOK 6 million (approx. USD 650,000) and is awarded annually for outstanding contributions to research in the humanities, social sciences, law or theology.

“It is a humbling experience to stand here today as the 2022 Holberg Prize Laureate,” said Jasanoff,  “not only because I follow in the footsteps of so many distinguished predecessors, but because I am called upon to represent a set of concerns and a field of study of such immediacy and salience that no one person could possibly be up to the task of expressing what this award means for us at this time in our collective history.”

In a career spanning more than four decades, Jasanoff has come to be regarded as a pioneer in the field of Science and Technology Studies (STS), which examines the creation, development, and consequences of science and technology in their historical, cultural, and social contexts. Her research has made her one of the world's leading contemporary scholars at the nexus of science, technology, law, democratic theory, and public policy.

In her acceptance speech, Jasanoff described how researchers in the academic fields covered by the Holberg Prize must take on their role as “critical thinkers and as purposive, moral agents.” This, she stated, “has never seemed more urgent or challenging than now, as we confront the layered catastrophes of a receding pandemic, climate change, resource depletion, economic inequality, political polarization, and the rise of extremism and violence.”

Jasanoff explained how the global problems of our time have made it necessary to “revisit the fundamental questions of what we know and how we know it every bit as earnestly as during the great periods of religious reform in the past, only this time from a free-thinking, secular perspective.” The Laureate asserted how questioning the foundations of collective knowledge requires us to ask “not only how do I know, but how do we as social formations know, from family to ethnic group to nation states and the entire globe?”

Also today, the Nils Klim Prize was conferred upon Finnish theologian Elisa Uusimäki, by Norwegian Minister of Research and Higher Education Ola Borten Moe. This prize is worth NOK 500,000 (approx. EUR 49,500) and is awarded annually to a young scholar who has excelled in one of the research areas covered by the Holberg Prize. The recipient must be from, or working in, a Nordic country and under the age of 35 at the time of the nomination deadline.

Elisa Uusimäki is Associate Professor of Biblical Studies at Aarhus University in Denmark. She is also AIAS Associate Fellow at the Aarhus Institute of Advanced Studies. Uusimäki is awarded the Nils Klim Prize for her outstanding research into the literary and cultural history of Judaism in antiquity.

Uusimäki’s research spans widely, addressing issues such as early Jewish Thought, lived ancient religion, gender and intersectionality.  Recently, she has turned her attention to women’s journeys, the impact of plagues, and travel-related anxieties.

“It is an unimaginable honour and a source of joy to join the ranks of Nils Klim Laureates today,” said the deeply grateful recipient in her acceptance speech. She added that sees the existence of the Prize as “a powerful recognition to all of us investigating the diversity and richness of human culture, whether in the past or in the present.”

Uusimäki also explained how she had chosen to study religion and theology “to figure out some aspects of what it is to be human.” “Aside from languages,” the Laureate said, “I learned about worlds that are both lost to us and still vital in that cultures and traditions building on them continue to be generative around the globe.”